Tagaq will perform a concert at the St John’s Arts and Culture Centre (ACC) on the final night of the Inuit Studies Conference in conjunction with the katingavik inuit arts festival on October 10th, 2016.

The ACC is presenting Tagaq in partnership with Memorial University of Newfoundland (MUN) and Mightypop. Tagaq will perform an additional show in Corner Brook on October 12. In St. John’s, the performance will be the closing event of the 20th biennial Inuit Studies Conference and the katingavik inuit art festival, which is being hosted by MUN and the Nunatsiavut Government on the St. John’s campus from October 7-10, 2016. Bringing together some 350 tradition-bearers and researchers, the gathering will explore the many ways in which traditions define our understanding of Inuit culture, while at the same time registering social and cultural change. Alongside these conversations, the conference’s companion events, the katingavik inuit art festival and iNuit blanche, will celebrate Inuit culture from across the circumpolar world through performances, workshops and demonstrations.

Originally from Nunavut, Tagaq is an improvisational performer, avant-garde composer and experimental recording artist whose music defies categorization, fusing elements of punk, metal, and electronica. Tanya’s sound challenges static ideas of genre and culture, and contends with themes of environmentalism, human rights and post-colonial issues. This will be the first time that Tagaq will perform in Newfoundland, though she has been touring and collaborating with an elite international circle of artists—Kronos Quartet and Fucked Up, most recently—for over a decade.

Tagaq has received much critical praise and recognition for her innovative and powerful album Animism, including a Juno Award in 2015, Canadian Folk Music Award, Western Canadian Music Association Awards, and the prestigious Polaris Music Prize.

“Animism is a masterpiece because it transcends opposites. Dizzyingly complex and sophisticated in structure, it also completely hits you in your guts, in your soul. It takes traditions that are tens of thousands of years old, and makes truly innovative music, music that could not have existed without Tagaq and her brilliant collaborators, violinist Jesse Zubot, drummer Jean Martin and DJ Michael Red. There is no artist working today more emphatically herself, more incomparable than Tagaq. There is no musician in this world more powerful.”

Registered delegates to the Inuit Studies Conference will receive a voucher for one free ticket to the Tagaq concert on October 10th as part of the registration package. Additional tickets for these performances will go on sale on July 2 at 12:00 pm and are $30 each (HST and service charge included) and can be purchased online at www.artsandculturecentre.com or at the local Arts and Culture Centre box offices. 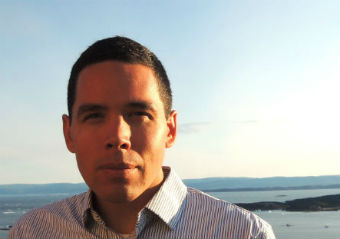