The role Inuit women have played in their communities cannot be understated says Charlotte Wolfrey of Rigolet. Their roles may not always be recognized in formal settings, but their impact is felt in every community in Nunatsiavut. They are the women who keep the traditions alive; who come together to support the community in times of need; and who organize the gatherings and events in their communities.

“A lot of women are so involved in their communities, who help out at every event, everyone knows who they are but they never get any credit for the work they’ve done,” says Wolfrey.

Women's efforts to help their communities are not always recognized and that is why Wolfrey, and Memorial University Researcher, Andrea Procter, have worked together along with an advisory committee from across Nunatsiavut to create the Daughters of Mikak Project to celebrate female leadership in Nunatsiavut.

”[These women a]re doing all the day to day work and that isn’t really publicly recognized.
There are different kinds of leadership,” explains Procter, “When you think of leadership you often think of these big prominent public people doing very political work in the public eye, and that is to some extent what we’re talking about in this project, at one end of the spectrum, but there’s another side to leadership and that’s where we’re getting a lot of our stories.”

For the project, Nunatsiavummiut select women who have made an impact in their lives, to highlight in a story. The stories, both print and video, are displayed on the project’s Facebook group. The Daughter’s of Mikak has been a huge success with dozens of participants and thousands of shares on Facebook. People from across Nunatsiavut have embraced the project, making it their own, and sharing personal stories about the effects Inuit women have had on their lives.

“Daughters of Mikak does multiple things. When we ask people to tell stories about other people, it creates this narrative of Inuit women, but it’s also connecting people in the act of telling these stories,” says Procter with excitement. “It is also recreating those connections that people have with each other, that women create with each other, by expressing their appreciation for somebody. By expressing their love for somebody, it recreates those relationships. You can see that these women are the glue of the community, but also by showing your appreciation for them – you’re also helping to create that glue yourself.”

Wolfrey is not surprised with the reach of the project. She knew that Nunatsiavut was ready to recognize the women of their communities, and that there was no shortage of female leadership in her home.

“It’s because people got a chance to give honour to women in their lives that have somehow or another influenced them, and it might be some of its about people who aren’t living anymore or like people’s mothers, grandmothers, sisters, or aunts, or someone that people know of that makes a difference in their community,” says Wolfrey. “I really think that we don’t give enough thought to the women of Labrador and what their influence has been or could be or will be.”

Procter has been doing research in Nunatsiavut now for many years, and she says she sees this as not only the most enjoyable projects she has worked on, but also one of the most important.

“It’s by far the most engaging project, and the most fulfilling project for a lot of us. I think everyone on the advisory board, we all feel this is – it is sort of common sense that we should do this and its such an amazing thing to do,” says Procter.

For more information on the Daughters of Mikak Project visit their Facebook group. 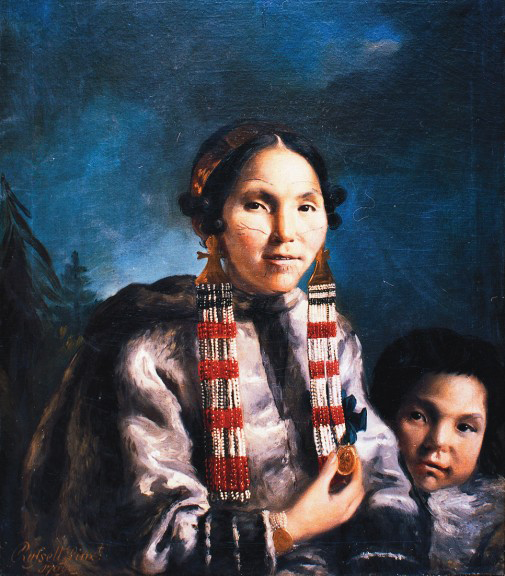