In Search of the Southlanders

Patricia (Patty) Way is a long-time genealogist of Labrador currently working on Nunatsiavut family histories with Tradition & Transition. Genealogical research in Labrador has been the focus of her life for more than 50 years now.

This research, reconstructing family histories recorded in both written and oral histories, is not for the impatient. It is a continuous puzzle to keep piecing together, and it may be impossible to say that it is ever completed since it is not unheard of to find relevant information after several years of drawing a blank. “In Search of the Southlanders” is Patty’s ongoing work with the Partnership, a project focused on the people who lived outside of the Moravian Missions of the 19th century. Though avid record keepers, the Moravians did not consistently visit with every household south of their main Missions, which were far outside their normal routes. It must be noted that some records did appear in Moravian Church Books, and when in German have been willingly translated by Dr. Hans Rollmann.

These “Southlanders” were of varied backgrounds including full Inuit, settlers of European background, and many of mixed background from marriages between settlers and Inuit. Nearly a hundred-year span of history is covered with very sporadic records. Recognizing this historical gap, Patty has searched well outside the Church records in HBC (Hudson’s Bay Company) journals to stories of adventurers and anywhere people are mentioned and named for bits of history to include in the puzzle.

The reality of tracing genealogical roots in Labrador is that there is no guarantee that every bit of information has been flushed out, always leaving open the possibility of one more fact emerging further down the road! Women are especially difficult to trace if they moved away and changed names after marriage, which often happened more than once in a woman’s lifetime. Communications were broken in those days of dog team and ship mail, even if they were able to write or afford the postage. Family Bibles are useful when there was one, headstones prove invaluable if the family had the means, but much was not recorded at all except through stories and strong memories. Them Days has proved an invaluable source as a gathering place of such information over time, as it still is today under the direction of editor, Aimee Chaulk.

We recently marked the 100th year since the closing of Okak as a result of the Spanish influenza epidemic. This has shifted the focus of Patty’s work for the past year. While there were 59 survivors, only a dozen or so were well remembered largely as a result of research and sharing of their stories by Anne Budgell and Nigel Markham in the making of the film “The Last Days of Okak”. A special Okak edition of Them Days put the stories of those dozen or so in hard copy, however the remaining 40 or more survivors needed their story told and some long-standing question of their history answered. For example, who were these people, what were their lives like, and who were their descendants? Patty’s research over the past year has focused on these untracked survivors, revealing their living legacy in Nunatsiavut.

With the end of the Tradition & Tradition project looming and following the closure of the work to date on Okak, Patty will return to the Southlander files and hopes to complete one or two more as time permits. These completed trees are shared with the families involved in Nunatsiavut. Digitization of completed trees has begun and what is finished will be entered for history of the people of Nunatsiavut. 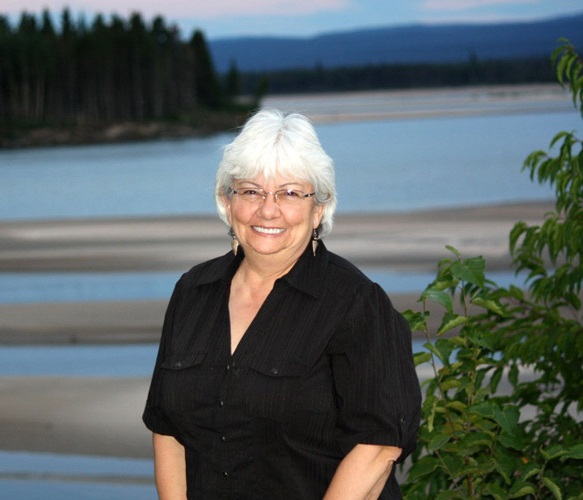